Where does the idea to establish the choir and to follow the musical path come from?
To be honest, I do not know. My mother has been singing in various choirs for a long time, my father had an ear for music, and both sisters are musicians. My parents believed that children must gain musical education in order to grow among people who are slightly different from others. Meanwhile, I have been dreaming of a boys’ choir since my childhood. The fate led to the invitation by dearly remembered choir leader Juozas Kubilius to Klaipėda Gintarėlis boys’ choir. Later I moved to Šiauliai by chance.

What are the main moments which make you and Dagilėlis choir happy?
The successful atmosphere during the concert is the most joyful where everybody can sense the same rhythm and share the same feeling, and the music is flowing – the best of both worlds. It happens that the listener understands you from the first note, and we understand him in turn.

A memorable moment in the life of Dagilėlis choir: what is it like?
Every journey leaves a remarkable trace in one’s memory. During our first trip to America, the choir participated in as many as 25 concerts in 18 days. It seemed that we could sing more and more, although the work load for children was enormous. The trip to China was exciting as the culture was totally different, and so were the sensations, the competition, the winnings, and the Great Wall of China. The synthesis of diverse feelings serves as a gate towards to most memorable moments. Personally, I find the competition in Giesen (Germany) in 1997 very significant. Scores were given after the performances, starting from the lowest and finishing with the highest. When someone received the first diploma, I started to breathe easier: we are not at the very bottom, great then, I thought. When only a few diplomas remained in the hands of the host, I felt slightly scared first, and it was a great shock to learn afterwards that we will be competing for the Grand Prix. Children were swimming in a pool, so I had to seek after them. Although there were many curious situations, the result was awarding as we won the first choir competition. The gold medal brought from a choir competition in Arezzo (Italy) in 1999 was also important and slightly unexpected at the same time. The first winnings left the most remarkable traces in our memory.

If you were to choose one musical composition to describe the entire life of Dagilėlis choir, what would it be?
There is no such composition. We are constantly moving forward instead of standing still, thus looking for new compositions all the time. The core of our repertoire consists of works specially written for mixed choir. The Kur Giria Žaliuoja (Forest Greenery Around) song passed from generation to generation and Resonet In Laudibus, which is perfect for Christmas, are among them. 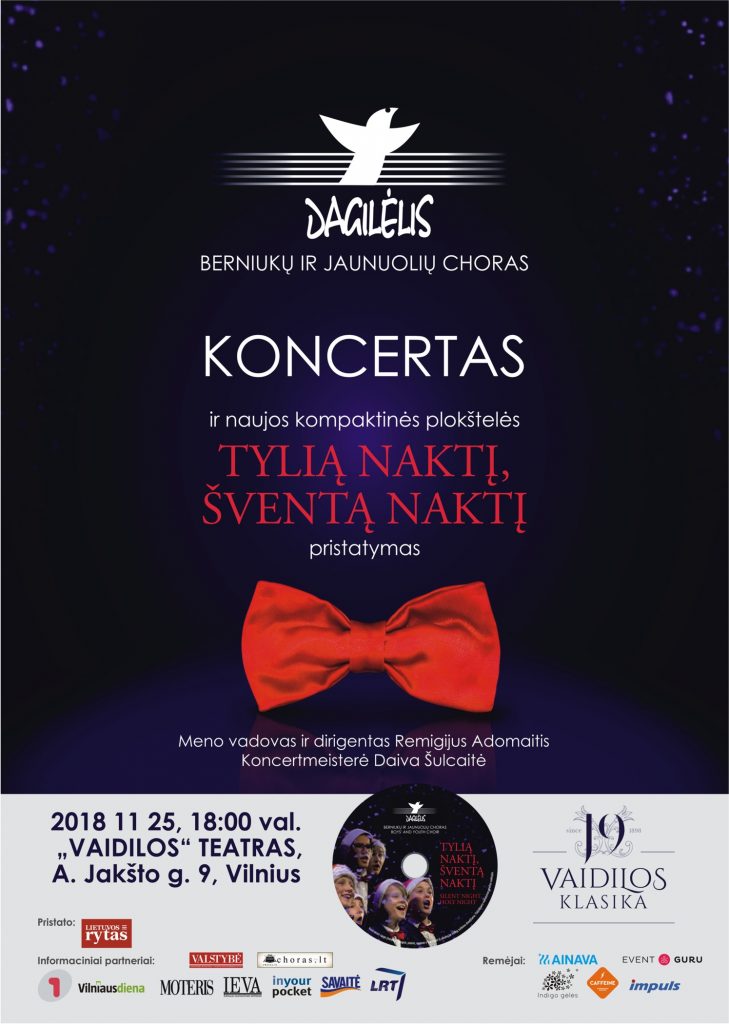